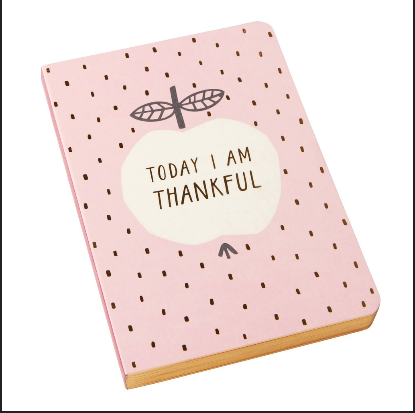 As this world continues to get more and more crazy. As there are sex scandals, gun scandals, and racial scandals which continue to flood our newspapers, television programs, social media feeds, and minds – we have to ask what can stop the madness? For me, it is first being like Kevin Costner in “For the Love of the Game” where he quiets the mechanism. Where his mind focuses, shuts out the noise, and says enough is enough. My next thought is to be thankful. Yes, thankful. As the world is blowing up around me, I stop, listen, and say a word of thanks. Not thanks for the pain, the anger, the frustration, the numbness, or the crazy, but thanks for the moment, thanks for my blessings, and thanks for hope.

To be honest, thanks has not always been part of my vocabulary. Actually, when my Faith was nonexistent, when 9-11 was screaming over every station, or when our baby Hope didn’t live a day on this Earth, thanks was a blurred word in my mind. Then two years ago, a friend challenged me to write one thing new I am thankful for each day on Facebook for the whole month of November. At first, it was an easy ask, but after the first few days I had to think of something new. What this exercise taught me is to appreciate the little things. It also taught me I don’t say “thanks” enough to my family, my friends, myself, to strangers, to my dog, to God, to the world, to life. My prayers were really good at asking for my heart’s desires, but not so good at being thankful for what I have. I was also not good at saying thanks when times are tough. Believe me, not every day of the thirty one days I said thanks was a perfect day yet it was the challenge to say “thanks” everyday. The rules didn’t say skip a day just because it was hard. At times, it was enough to say “thanks” for having milk in my refrigerator, but it was still thanks.

After doing this exercise, it was soon apparent not only I was on the “thankful” train, but there were many people such as Oprah, Maya Angelou, Mother Teresa, and Ghandi (just to name a few) who have a daily appreciation diary. When listening to their stories of “thanks” their learnings were similar to mine. They said when they weren’t thankful is when they most felt alone, had their biggest challenges, felt lost, or couldn’t cope. When they were thankful is when they felt they could climb mountains, feel at peace, and were larger than life. They said some of their best ideas, times of wisdom, and life lessons came when their hearts were full of thankfulness. They also said these times were not necessarily the times everyone else would feel thankful. For Ghandi, he said he was thankful even when he was imprisoned. Paul, a dsiciple, who was also wrongly accused and who spent years of his life in a treacherous prison wrote psalms of thanks.

So, why is it so hard for most of us to be thankful, but easy for us to concentrate on all of the muck, sin, and crud life throws our way? For one, life is not easy. We lose loved ones, we work hard and are not always appreciated, we age, we watch shows which tell us all of the bad that is happening, we are self consumed, and we run on all cylinders without a breath. Yet, I promise you if you take the challenge of being thankful, you’ll be amazed at the weights that come off your shoulders, you’ll love how you see life from another perspective, and hate and anger will eventually lose their luster. What’s great about the thankful journey is everyday gets to be Thanksgiving and it’s not an impossible challenge. Where most challenges, you have to have an ice bucket poured on you, you have to do some crazy dare, or you have to gather a bunch of money – this challenge is a challenge of the heart and mind. It’s a challenge that will take you less than five minutes a day, but a challenge that can last a lifetime. Slowly, but surely saying one thing you are thankful for each day will begin to make you go through your own transformation of going from the “Grinch” with a heart ten times too small to living life with joy and with eyes wide open. Where many will say love is the answer to all of the greediness, selfishness, and hurt being poured into the world, my belief is before love comes thankfulness. With thankfulness, love is a positive side effect. So my question is if you’re ready for more joy, abundance, and peace for this upcoming holiday season? If you are, then I challenge you to create your own daily “thanks” journal.