Once upon a time in December at Christmas time, the story and magic of the turtle began. The turtle which symbolizes trusting your inner vision was hard at work within the Barnett family household. Although, some may argue the story started way before December. Some may say the story started with our vision and prayers for our daughter from the day she was born. Our vision that someday our adopted daughter would find her adopted siblings. For years, we had no clear path to realizing this vision, but have you ever had one of those moments where your faith and your inner voice just tell you it will happen? Well, this was one of those moments. From the moment my daughter’s birth mother told me my daughter had siblings, I just knew God had a bigger plan. Honestly, there are not many instances in my life where I’ve had such a clear vision or peace about something, so, this level of peace of just knowing Ryley had siblings somewhere out there in this great, big, giant world and someday Ryley would meet them was rather uplifting for me. However, before we skip ahead to further discussing the vision of sisterly love and God’s intentions, let’s start with Christmas Day last year. 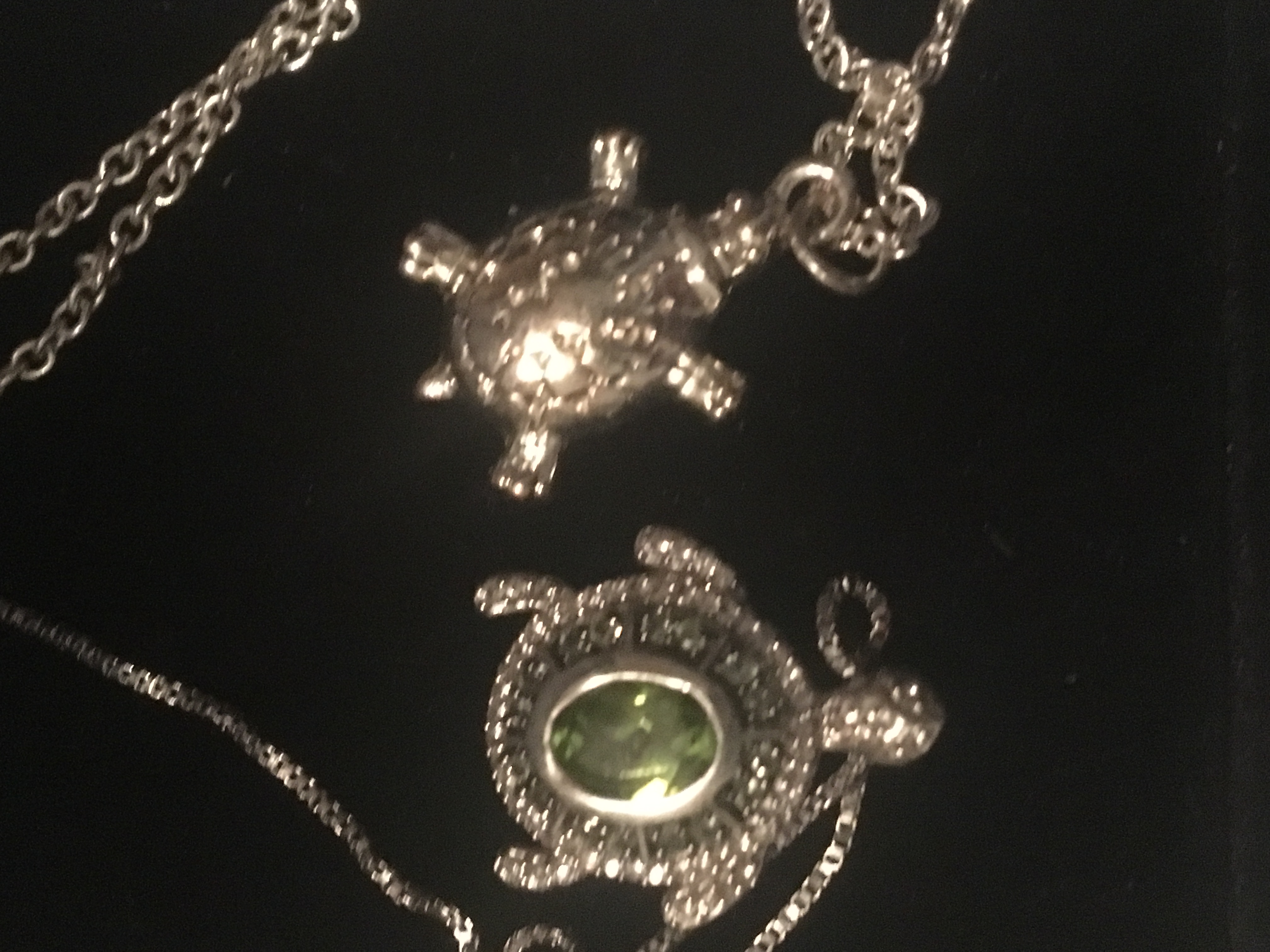 Christmas Day last year my 6 year old daughter felt compelled (against my requests to my husband) to buy me a Christmas gift. For all mothers out there who gifts are not one of your love languages, you understand where I am coming from. We get gifts and love the thought, but gifts are not on the top of our list, We also know we can’t tell our little ones who just love the sound of the word “gifts” not to give us one. Well, last year was no exception. With a huge smile and sunshine on her face, my 6 year old daughter ended up buying me a turtle necklace with her birthstone in it. As someone who collects unique, art inspired jewelry and not necessarily turtles, the necklace was a token of my daughter’s gracious heart, but I did not yet understand how it would fit into my collection of big, bold jewelry. The problem like perhaps many of you reading this blog – I had not yet captured or understood the spirit of the turtle. For several months, the turtle necklace remained on our family room mantel untouched, but now I know the turtle was not solely a necklace in a case but the turtle had work to do to realize our vision and to demonstrate how great God’s plan can be. It wouldn’t be until  months later I would learn the true significance of the turtle and the turtle necklace.

In March, while perusing Facebook, something inside me told me to check Ryley’s birth mother’s page. It had been more than a year since visiting her site, so, not sure what the “powers of being” were doing on this day, but they not only guided me to Ryley’s birth mother’s site, but they also had me scroll down her page when suddenly right before my eyes…… was the picture of one of Ryley’s siblings. In complete peace yet shock, there she was. Years of wondering who was this little girl and where was she was no longer a question. So beautiful and so similar to my daughter in appearance – I had to do a double take. If you have been in this type of situation- you know when the powers of being are tapping on your shoulder…you can’t ignore what they’re telling you. Well, we didn’t ignore our calling. This was the beginning of the hunt for finding Ryley’s sister.

Moving forward, wish I could say the story and the hunt for Ryley’s sibling gets easier, but as we all know nothing good in life is ever easy. The hunt for Ryley’s sibling had its ups and downs. From start to finish it took another two months until the two sisters actually embraced and the story of the turtle became more real, but before we jump ahead again let’s get back to the story. First, for as great as God is, is exactly how bad the devil can be. At the same time, God was working his plan – the devil had his own plan in place. As you can imagine, the devil never likes happy endings or dreams come true. Being the coy devil he is – what do you think he attacked first? Of course, the devil hit me at my core; which is my parent’s opinion. The devil knows how much my parent’s opinion means to me, so, the devil couldn’t help but have my parents fight our vision of connecting the two girls. My parents had good intentions, but were afraid Ryley had already been through too much as she still had many questions about her adoption. My parents were also afraid if Ryley were to meet her sibling would she also have to meet her birthmother and they did not think this was a good idea at the moment. Other questions arose such as: What if her sibling’s family did not want to meet Ryley? What if they were not who we hoped they would be? Fears I understood and also battled with in my mind, so, again a great attempt by the devil, but how could we ignore God’s bead crumbs? He had already started to show us his signs, so, we could not turn back now. Later on we would find out Ryley’s sister’s adopted parents had almost not sent the picture which landed on Facebook, so, if you believe what I believe – there are no coincidences when it comes to God’s plan. Of course, the devil was trying really hard, but again if you believe what I believe, how can the devil win?

Well, in this instance, we didn’t let the devil win. We sent a message and waited. It was very hard to keep a secret this BIG from my beloved daughter who prayed every night for a sibling, but knew it was best for us to dot our i’s and cross our t’s. We had to make sure everyone was onboard before we jumped off the cliff. Have you ever felt this way before? Being able to see to the other side, but not being able to leap? Well, this was us. Two months later, right before Mother’s Day (which I also believe is significant), we received a letter with as many hopes and dreams as we could hope for. Two mothers who said we gave them the best mother’s day gift ever and how could I disagree?

Yet the story doesn’t end here. After welcoming a new daughter in my life and Ryley’s new sister right before Memorial Day (another significant day due to our adoption journey) – the story still continues. Without the two other Mother’s knowing or my daughter’s sister knowing, what gift do you think they gave my daughter upon meeting? Yes, they gave her a little turtle necklace where her sister had the bigger turtle necklace. Coincidence? I don’t think so. In my opinion, it was a Godly vision from the start; which had come full circle.  Where we had asked – did we do the right thing? Did we follow God’s plan in having the two girl’s meet? God wanted to be very clear in his intentions. It is my belief, at least, from Ryley’s special Christmas gift – God was saying now is the time for these two siblings to meet. Where I had never even considered the turtle before – God was intentional in telling us to trust our inner vision. So many stories in the bible rushing through my mind right now from the mouths of babes and manta falling from the sky – we have to remember God is intentional. Again, if we trust in his plan and follow his signs – God creates a more beautiful story then we could ever create.

So for now on, in my life,  I’ll never look at the turtle the same. Instead of thinking of the turtle as slow – I will now trust the turtle as being wise, determined, and persistent. I will now smile every time I see a turtle and with the perfect ending to this story, I will wear my necklace with love, pride, a clear vision, and in full trust.